Our Phonics Class And An Announcement by The European Commission 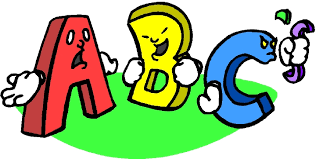 The European Commission has announced an agreement whereby English will be the official language of the EU, rather than German, which was the other contender. Her Majesty’s Government conceded that English spelling had room for improvement and has therefore accepted a five-year phasing in of “Euro-English”.

In the first year, “s” will replace the soft “c”. Sertainly, this will make sivil servants jump for joy. The hard “c” will be dropped in favour of the “k”, Which should klear up some konfusion and allow one key less on keyboards.

There will be growing publik enthusiasm in the sekond year, when the troublesome “ph” will be replaced with “f”, making words like “fotograf” 20% shorter.

In the third year, publik akseptanse of the new spelling kan be expekted to reach the stage where more komplikated changes are possible. Governments will enkourage the removal of double letters which have always ben a deterent to akurate speling. Also, al wil agre that the horible mes of the silent “e” is disgrasful.

By the fourth yer, peopl wil be reseptiv to steps such as replasing “th” with “z” and “w” with “v”.

At Skyline Futuristic Eco West African Academy (Kindergarten and Primary School), we understand and appreciate the inconsistencies of the English language which was used in the above comic write up as a basis for gradually edging out the English Language in favour of the German language as the official language used in the European Union. These inconsistencies have made learning pronunciations, word/sentence structures, and spelling inconspicuously frustrating for many Children across the World. For example:

“Why is it that writers write and painters paint, but fingers don’t fing?  Why don’t grocers groce, why don’t hammers ham, and why don’t dumpsters dumpst?

If the plural of tooth is teeth, shouldn’t the plural of booth be beeth?  One goose, two geese.  So—one moose, two meese?  One mouse, two mice, means one house, two hice?  And one index, two indices?  If you have more than one ibex, why don’t you have ibices?  Doesn’t it seem crazy that you can make amends but you can’t make just a single amend?  If you throw out some odds and ends, but keep one item, is it an odd or an end?  Which one is right to have left?

If teachers have taught, why haven’t preachers praught?  If a vegetarian eats vegetables, then what does a humanitarian eat?  Sometimes I think all the English speakers should be committed to an asylum for the verbally insane.  In what kind of language do people recite at a play and play at a recital?  Must we ship by transport and transport by ship?  Who else has noses that run and feet that smell?”

You have to marvel at the unique “lunacy” of a language in which your house can burn up while it’s burning down, forms are filled out by being filled in, and an alarm that’s gone off is still going on.”

(The above is an excerpt from a borrowed publication by Dr. Albrecht Classen of the University of Arizona – wherein some of the inconsistencies of the English language was outlined)

While there is no needed consensual modification of the English language to make it more logical and consistent in the horizon, it does not mean we cannot develop methods to make learning the English language more pleasurable as a way to make up for the discreet frustrations Children face when learning English. And because Children mostly find it hard to articulate their frustrations, they just do the best they can to memorise what is being taught without putting their minds to it due to an inherent lack of logical and sustainable patterns; that is to say that they are inadvertently taught to think less because if they actually think about it; a stalemate might emerge. 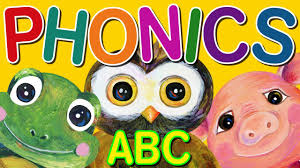 At Skyline Futuristic Eco West African Academy, we have developed methods of teaching “The English Language” wherein the negative effects of these inconsistencies are somewhat contained through the creation of engaging digitised English and Phonics classes where Kids thoroughly learn the usage and distinctions between letter sounds and letter names. If they enjoy the classes, they will not mind whatever flaws that are present therein.

Looking for the best(top) school in Enugu State, Nigeria? Look no further, Skyline is here!

Skyline Futuristic
Processing…
Success! You're on the list.
Whoops! There was an error and we couldn't process your subscription. Please reload the page and try again.